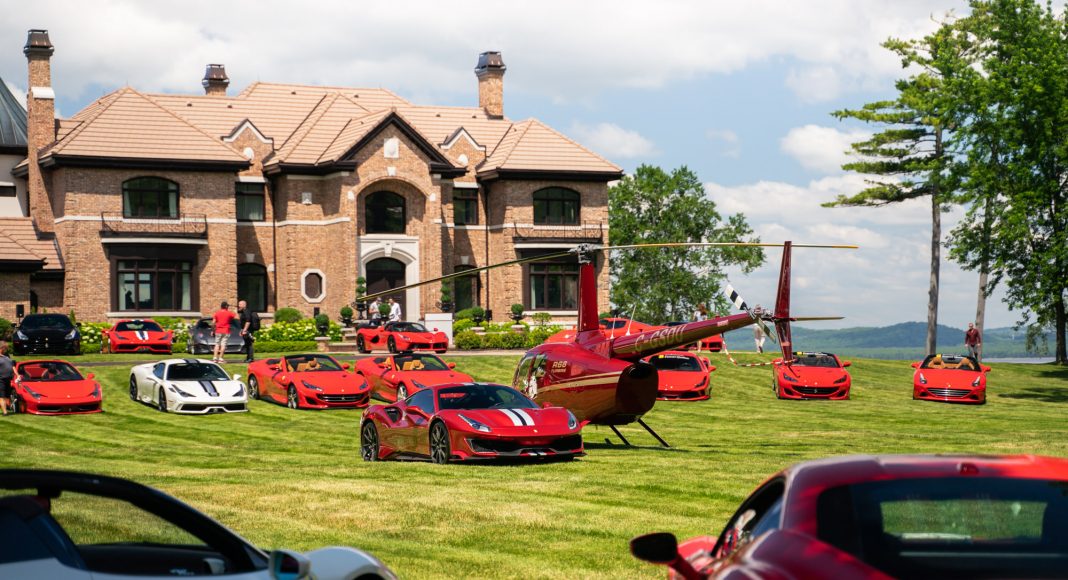 Article Events A TRIBUTE TO FORD VS. FERRARI BY FCA QUÉBEC

A TRIBUTE TO FORD VS. FERRARI BY FCA QUÉBEC

Seeing a Ferrari by itself is always a special feeling, seeing a few together is pretty unique, but seeing over 50 at the same place is pure insanity. That’s what happened at the Ford vs Ferrari themed private automotive gathering organized by the Quebec chapter (FCA QUÉBEC) of the Ferrari Club of America (FCA) and one of their members who hosted the event at his estate. Both Johnathan and I ended up being invited there by two separate entities, which was quite funny.

Even though there were several more “common” models like 458s, 488s and F430s, there were also rarer, way more exclusive models like Luc Poirier’s Laferrari, Laferrari Aperta and Enzo. Among the highlights, there was also two 360 Challenge Stradales, two 458 Speciales, a one-of-60 612 Sessenta, and my favorite, a matte grey 599 GTO (finished in Grigio Silverstone Opaco to be more precise).

This 599 GTO, despite not being the rarest or more expensive car there, was kind of a unicorn for me and the car spotting community in general. Formerly owned by Guy Laliberté, this car was only seen once before this event, and by only one lucky person. I didn’t know it would be there, so I absolutely lost it when I saw it parked in front of the house, despite the Enzo that was parked next to it.

Since this was a Ford vs Ferrari event, there was also a lineup of Mustangs and a few interesting cars like an F-150 Shelby Super Snake, a Ford GT, and a beautiful 1968 Mustang Shelby GT500 KR Convertible, a car worth over $300K USD.

Despite the hot weather, it was a very enjoyable day. Drinks, food, cars and friends are rarely a bad combination of things. This show was also an occasion to collect money for the Charles-Bruneau Foundation. Thanks to the generous members and benefactors, $70,000 were donated to the Foundation. Big thanks to FCA for the invitation! You can follow them on Instagram @fcaquebec.

If you would like to donate to the Charles-Bruneau Foundation, you can do so by visiting their website: https://www.charlesbruneau.qc.ca/