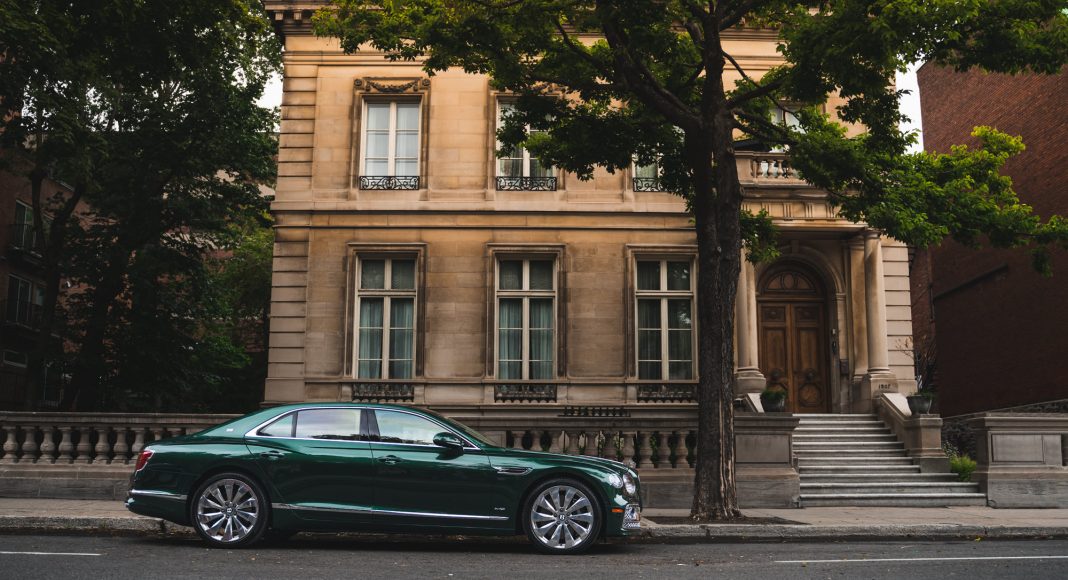 Since a young age, Bentley has always had a special place in my heart. One of my relatives is a loyal Bentley customer and has had several models throughout the last few decades with his earliest being an Arnage. I remember in the early 2000s being a child and seeing it for the first time, and though it was imposing being next to it (I’m not tall now, and nor was I tall then), it was absolutely breathtaking and my first true experience with the Bentley brand. Fast forward to the present day, twenty years later, Bentley Montreal – a division of Decarie Motors, contacted me asking if I would be interested to spend the day test-driving, not one, not two, but three of Bentley’s latest models. Let’s just say, they didn’t have to twist my arm very hard.

As I arrived at the dealership, the first vehicle of the day was the Bentley Continental GT Coupe. This particular version was equipped with a twin-turbo V8 that produces 542 horsepower and 568 lb-ft of torque. 0-60 mph happens in a very impressive 3.4 seconds. From its chiselled exterior lines that pay tribute to Bentley coupes of the past, to its exquisite quilted leather and natural wood details, it’s simply opulent both inside and out. Driving the GT on our uneven Montreal roads proved to be extremely comfortable and the overall quietness of the cabin is astonishing. However, when you put the car in Sport mode, it becomes a different animal filled with pops and crackles that can give any modern-day supercar a run for its money.

The second vehicle of the day was the Bentley Flying Spur. For those of you who don’t know, the Flying Spur is now the only saloon in the brand’s lineup as the flagship Mulsanne has been recently discontinued. Compared to the previous generation of Flying Spur that felt and looked like a Continental GT with 4-doors, this new model is simply exquisite. Being a luxury saloon, the rear seating has been thoroughly designed for its occupants complete with features that one would expect from a vehicle of this calibre (and price) such as automatic seats, double padded headrests and the latest in Bentley technology. It’s a great place to be for extensive drives or simply when travelling between business meetings. From the driver’s seat, the Flying Spur is just as comfortable and one of my favourite features is Bentley’s rotating screen that even James Bond would appreciate (fun fact, James Bond drove Bentleys in the original novels). Despite its size, the Flying Spur feels extremely light thanks to its all-wheel steering and its powerful engine (either a twin-turbo V8 or a twin-turbo W12). The one I had tested was equipped with the W12 that produces 626 horsepower and 664 lb-ft of torque which proved to be quiet, even in its sportiest setting.

The last vehicle of the day was the Bentley Continental GT Convertible. As you can see from the photos below, the car was an absolute head-turner (kudos to whoever specced it). Compared to the coupe that was equipped with that surprising V8, the convertible was equipped with the same W12 that was in the Flying Spur. Compared to the Flying Spur, the W12 is hands down more dynamic and offers a ton of character and presence in the Continental GT. My short time behind the wheel of the convertible was more than pleasant, though I can only imagine how amazing it must be driving through the scenic coastal roads such as 17-mile drive in Pebble Beach, California (Bentley, if there’s any way we can arrange that for Car Week 2021 that would be great).

Upon returning the Continental GT Convertible, I had the opportunity to take a look at a pre-production version of the new Bentayga that they had on display. This is the second generation of the ultra-SUV and at first glance, you can see that the designers took inspiration and features from the Continental and Flying Spur. The first customer deliveries of the new Bentagya are stated to arrive in the fourth quarter of this year, therefore a press-vehicle arriving in the coming months.

As you can tell, that day was definitely one for the books! Thank you to the team at Bentley Montreal and Decarie Motors, for allowing me to experience those three magnificent models and I look forward to seeing you all again soon.