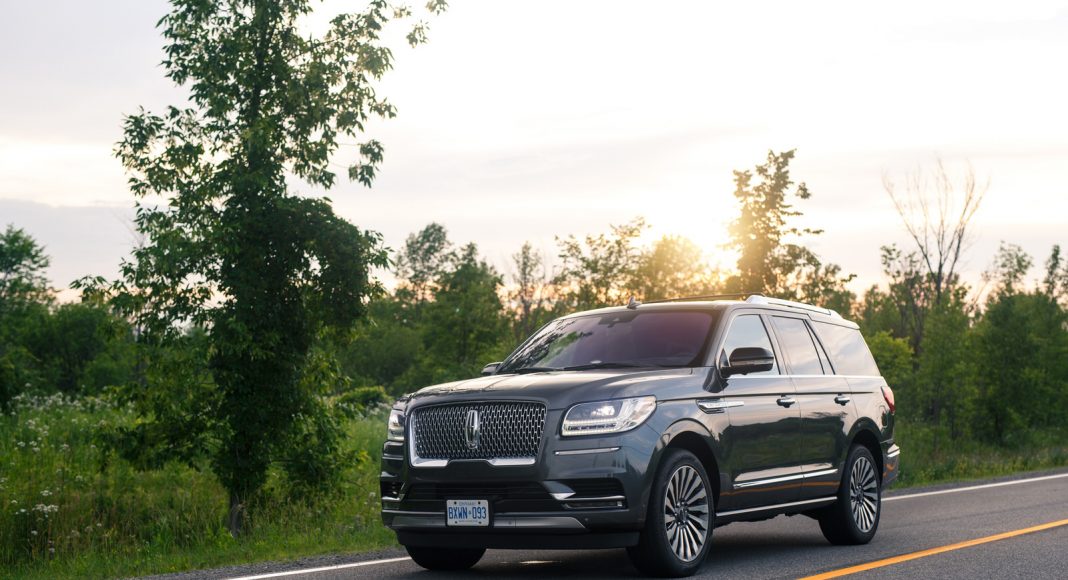 In the last 5 years or so, the popularity of large luxury SUVs has seen a rise like no other. Think about it, this segment has proven to be so popular that even manufacturers such as Bentley and Rolls-Royce have entered the segment with the Bentayga and Cullinan and popular models such as the Land Rover Range Rover and Mercedes G-Wagon have all gone through major refreshes to stay relevant and keep up with the demand. If we take a look at the offerings on the other side of the pond, the Cadillac Escalade is usually the first that comes to mind, but that, in my opinion, is in need of a dire refresh. Yet, there is still one big American SUV that people seem to forget exists; enter the fourth generation Lincoln Navigator.

While the last generation was built during the period where Ford was trying to determine what exactly they wanted to do with the Lincoln brand as a whole, Lincoln has finally found their identity and the new Navigator is a result of that. From its exterior, the overall presence of the Navigator is everything you would expect from a large American SUV, a large imposing chrome grille and aluminum details throughout. I would describe its exterior design as handsome.

Under its massive hood, the Navigator is powered by a 450 hp twin-turbocharged 3.5L EcoBoost V6, the same engine that is found in the Ford F-150 Raptor. Keeping in mind that it weighs roughly 5,700 lbs (and nearly 6,000 lbs in LWB form), it is still capable of reaching 100 km/h in 5.4 seconds and the shifts are effortlessly smooth thanks to a 10-speed automatic transmission and its various driving modes always ensure that is prepared no matter the conditions. Fuel economy is rated at 15 City and 11.4 Hwy.

Keeping in mind that this is far from being a performance SUV, it is extremely comfortable to drive and ideal for long road trips, which is exactly what I did with it as my friends and I took it to Toronto for a weekend. As you enter the interior you realize you are entering something special. A beautiful chestnut brown interior that is further enhanced with plenty of wood and aluminum throughout reminds you why this is a $100,000+ SUV. The knobs, switches, everything feels premium. The front seats which came with an optional massage feature are beyond comfortable that when we reached our destination, my body did not want to get out. The same level of comfort continues with the 2nd-row captain chairs and the 3rd row (like many SUVs) was roomy enough for shorter occupants but was nowhere as comfortable as the other 2 rows.

Infotainment-wise, I personally think that Lincoln needs to differentiate Ford’s Sync system in its products. As Apple CarPlay is pretty much found in all vehicles nowadays, my phone remained plugged in during the time I was driving. What I found to be irritating is that every time you would want to adjust the volume, it would transition the whole screen to show what volume setting you’re on. This was the same issue when adjusting your seat functions. The 14-Speaker Revel® Audio System was top notch and complemented the rest of the premium interior. And now for the biggest downfall of the interior, the optional Lincoln Play Rear-Seat Entertainment System.

At a cost of $2,350, you would think that this would have been a state of the art system, but the sad reality it was not. In short, it simply did not work. Not a single mobile device was able to connect and would you think that there would be a built-in Blu-Ray player in the car in the event that the system did not work, but guess what? There was not. We did somehow manage to connect a gaming console to it, so it was not a total loss. Despite this, I would skip this option as a whole. If I were Lincoln or any carmaker for that matter, I would simply have the rear entertainment system to connect via Android Auto / Apple CarPlay and that would have been more than sufficient.

Overall, the future is looking extremely bright for Lincoln. If their upcoming products carry the same splendour and opulence as the Navigator, I have no doubt in my mind that Lincoln will finally make its long-awaited comeback that will surprise consumers who are in the market for their next luxury vehicle.