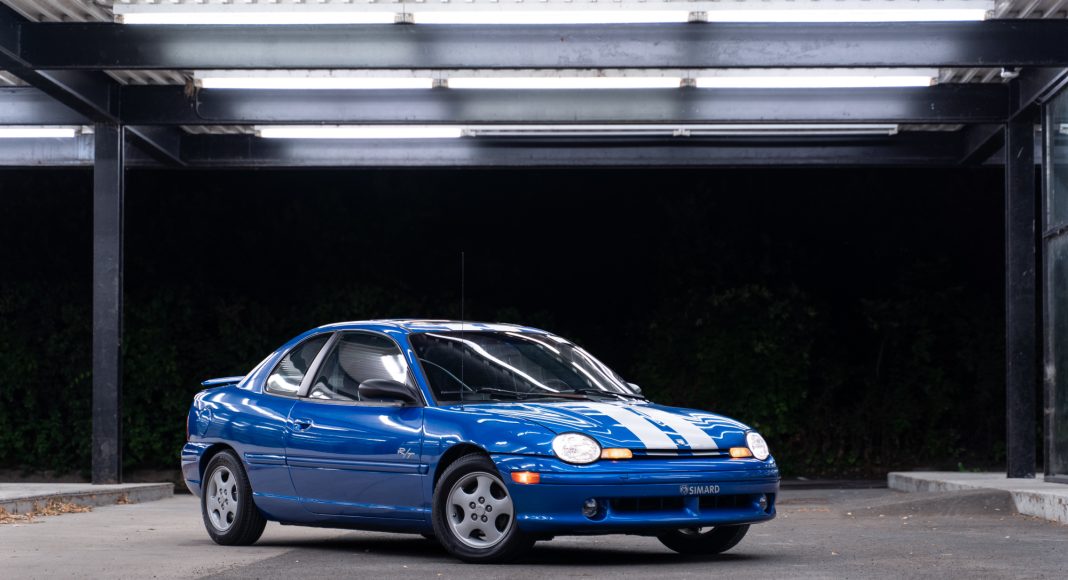 *This is a new format that I’m trying, same concept as the usual reviews but with cars that aren’t new, cars that were lent to me by their owner instead of the manufacturer. I’m going to try to get more of these, so if you or someone you know would be interested, send us an e-mail!

Yes, you read the title right; for all my life I’ve considered myself a car person, a petrol head, but couldn’t drive stick. It was not by lack of desire either, it just appears that it’s hard to find someone that will let you learn on their car, which can be understandable. I wanted to learn how to drive manual, not only because I think it’s important for the survival of this transmission, but also in case I get the opportunity to drive a cool manual car in the future, heck, maybe owning one myself.

The car I ended up learning on last year is a 1998 Dodge Neon R/T Coupe painted in a beautiful Intense Blue Pearlcoat with the factory silver stripes. This car is pretty much entirely stock, with the exception of a short shifter, aftermarket suspension, and other minimal things. The car was provided by Vincent, a friend of mine who owns two other special Neons, one might end up being the subject of a review later this year. Before giving me the car for a weekend, we went to an empty parking lot and he took the time to show me how to properly drive it (for me to learn, and so I don’t ruin his car over the following weekend). It was so easy and I drove back home that night without any issues, he was also a great teacher. Thanks again!

So in 2021, I learned how to drive manual on a 1998 Neon, which is pretty cool when you think about it, those first-generation Neons, especially in great shape, are very very hard to come by, and this one being an R/T makes it even more special. Let’s talk about the Neon R/T in general, then I’ll talk about Vincent’s. 1998 was the first year of the R/T which stands for Road & Track, a car that was meant to be driven on the street but could also be enjoyed on the track on the weekends. It was launched 3 years after the Neon ACR, which was a track special and both cars shared a few components including the higher ratio 5-speed manual transmission, the only transmission offered on both models, rear disc brakes, as well as the DOHC engine which was standard on all Neon R/Ts, but only on ACR coupes. Exclusive to R/T models were the stiff-but-not-ACR-stiff suspension, the functional wing as well as the optional stripe package. Under the hood of the Neon R/T is a 2.0 DOHC 4-cylinder that develops 150 hp, which might not seem a lot by modern standards, but keep in mind that the Civic SI of the same year only had 127 hp, making the Neon quite the muscle car.

At the time of driving the car, Vincent’s Neon had almost 210,000 kilometers on it and looked like it had half of that, the paint had some blemishes which is to be expected, but I didn’t see any rust and the interior was MINT. It drove so well too and was way more fun than what I expected. The short shifter manual transmission, urethane bushings, and firm but conservatively tuned BC Racing coilovers made for a really amusing drive, and let me tell you, this thing absolutely loves cornering. You wouldn’t expect it but it handles surprisingly well, so well it made me want to get one for myself, I actually told Vincent I would buy it when he sells it. Not only is it such a fun car, but people appreciate it, which was also very surprising to me. I took it to a car meet but parked it on the street since it’s not my car, and I still got comments, smiles, and thumb-ups; this car really is a time capsule. So what’s not to like? Well, it’s not the most comfortable car in the world, it’s loud, there are rattles, and almost no luxury features whatsoever—by today’s standard, back then, it was pretty well equipped—but let’s be honest, that’s not why you buy a car like this, neither today, neither back in 1998.

Modern cars are fun, very fast, and high-tech, but I love older, under-appreciated cars like this Neon. I really had a blast driving it around and I hope I get to do it again in the near future, and if I’m lucky, maybe I’ll get to drive one of his other special compact Mopars too. I wish modern cars could still offer a feeling like this but safety requirements and people’s standards, in general, make it impossible for manufacturers to go back to building cars like this. So let’s keep these cars alive, whether it’s a Neon R/T, an old SI, or even a GTI, so maybe the next generation of car enthusiasts can experience them as well.