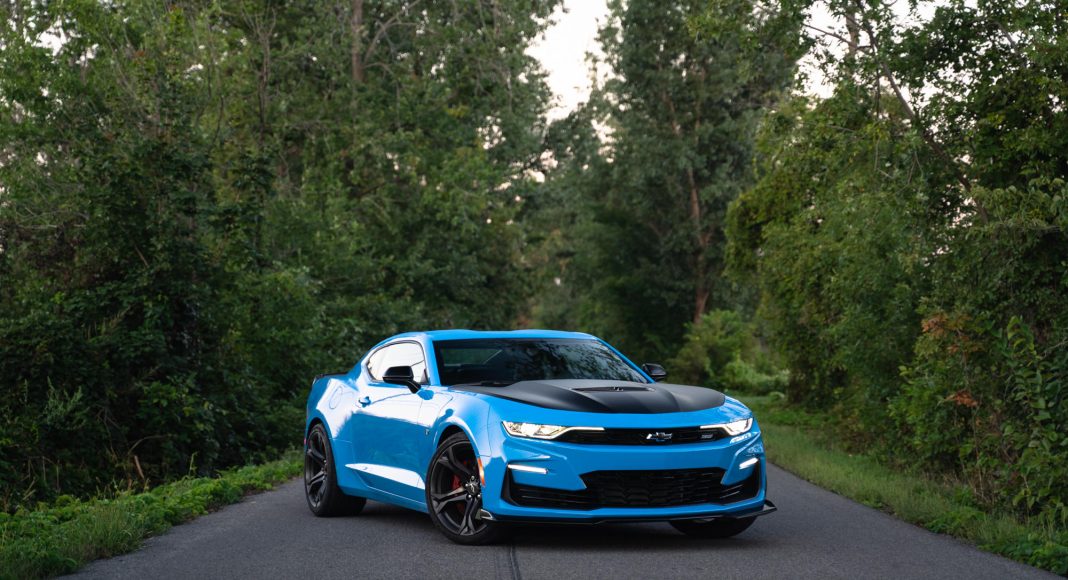 Article Journal 2022 Chevrolet Camaro SS 1LE: Enjoy it while you still can!

Muscle cars, like it or not, are a dying breed. Yes, some models will get a second—or third—chance at life as electric vehicles, but it simply won’t be the same. Personally, for a car to be considered an actual muscle car, it needs a V8. It might be an old-school way of thinking, but that’s my opinion, fight me. The Charger is going electric and the Challenger will most likely follow through, there have been rumours of an electric Mustang for years so that’s coming soon and the Camaro doesn’t look as if it has much lifespan remaining in its current purely dinosaur-powered form. This is why I was happy to get to spend some time behind the wheel of not only a Camaro, but a Camaro 2SS 1LE. Don’t feel bad if you don’t know which one that is, I’ll explain it to you.

Currently, the Camaro is offered in several trim levels, and packages are available on top of pretty much all of them. The Camaro 2SS sits on top of the 1SS and is the second-best version after the ZL1, it is powered by a 6.2 NA V8 that develops 455 horsepower and 455 lb-ft of torque. It is available with either a 10-speed automatic transmission or a 6-speed manual transmission, the car I tested was equipped with the latter, which I was very happy about. As I said earlier, not only is it a Camaro 2SS, but it is also equipped with the 1LE package, which transforms the Camaro into a racecar, or almost. It adds $8,495 to the price of the car, which now totals $65,572, plus an extra $495 if you want a cool colour like Rapid Blue, and it’s definitely worth it. The package includes some exterior bits like the satin black hood and cool wheels, but the biggest improvements are mechanical. For under $8,500, you get Goodyear Eagle F1 SuperCar 3 performance tires, Brembo brakes all around (6 piston calipers in the front and 4 in the rear), Magnetic Ride Control, an electric limited-slip differential, and Recaro bucket seats. The Camaro SS itself is already a great sports car, but when equipped like that, it becomes fantastic.

I’ve had the chance to take it on some curvy backroads and I was impressed; muscle cars are generally not known for their handling but this thing definitely enjoys diverging from the norm. Despite being a powerful RWD car, it’s very easy to drive, and you don’t feel as if you’re going to lose it at every corner, even with the traction control turned off, which was impressive to me. Even if you do get the rear tires loose, you always feel in control, which says a lot about how well-balanced this car is. I was not expecting such a great driving experience for this kind of money, for what it offers, the Camaro SS 1LE is a bargain, trust me. The engine offers great power at any RPM and the transmission feels great, the clutch is hard but easy and the shifter is satisfying to use.

Despite being controversial, I like the look of the latest Camaro, especially the one I was driving. The Rapid Blue colour combined with the 1LE cosmetic enhancements makes for a striking look. It is such a head-turner, which can be good for some, but annoying for others, but I only received positive comments when driving it around, even from a police officer at a red light. Until now, pretty much everything has been great, especially for the price. This all changes when you sit inside and start looking around.

And looking around is all you can do because looking outside is nearly impossible. I’m exaggerating but visibility definitely is an issue. Inside the Camaro is where the car loses some of its shine. The Recaros are great and the steering wheel is fine, but there is a lot of cheap plastic, the ergonomics are pretty bad, especially the infotainment screen that’s facing downwards for some reason—at least the system itself is good, I’ve tested it in other Chevrolet products and always liked it—and the cabin feels very claustrophobic, which isn’t helped by the poor visibility.

Overall, the 2022 Camaro SS 1LE is an impressive car, it offers great looks and performance for not much money when compared with rivals. Sure, the interior is not the best but it can be overlooked when considering all of the upsides; at least that’s my opinion. If you’ve been hesitating to get one, you should act quickly because it’s a great car and it will go away very soon.

If I tell you rare mid-engined European sports car, 18-inch wheels, 47 inches tall, and a center exhaust, what do you think?...
Read more
Journal