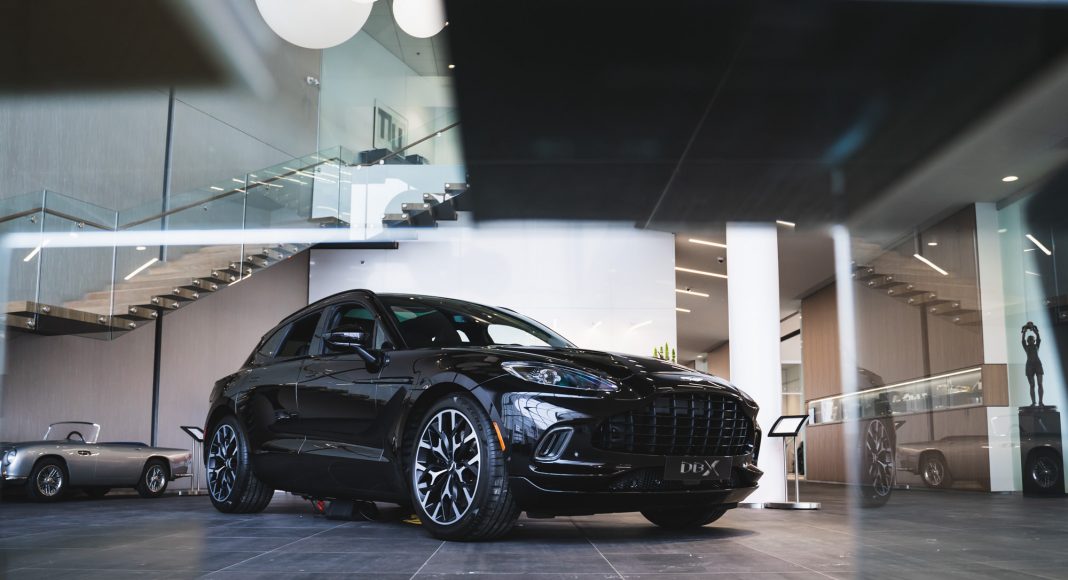 It’s a fact, the SUV segment is the most popular segment worldwide. BMW has nearly ten of them in their lineup, and so does Mercedes-Benz. With a spacious interior, a higher driving position, and overall practicality, it’s easy to see why they are so popular. In the most recent years, many exclusive brands that have never built an SUV have launched their own renditions to get a piece of the pie, from the Bentley Bentayga, the Lamborghini Urus, the Maserati Levante, the Rolls-Royce Cullinan to the upcoming Ferrari Purosangue, just to name a few.

The latest brand to join the party is Aston Martin with its DBX. The DBX is Aston Martin’s first-ever SUV and last week I was invited by the team at Decarie Motors to view it at Aston Martin Montreal. In my opinion, they did an amazing job. Despite being quite different from what Aston Martin usually offers, it is unmistakably an Aston. Undoubtedly, my favourite DBX feature is that it retains Aston’s signature “Swan Doors” – all four doors opening at an upward angle – which adds a touch of elegance and helps when you park a little too close to curbs while running errands or picking up the kids from school.

The DBX sits on an all-new platform designed exclusively for this SUV. Like all core Aston Martin models, it is crafted from bonded aluminum. Not only does it offer strength and rigidity, but it is also ultra-lightweight. Even though it’s an SUV, the DBX is no slouch. Its twin-turbo V8 offers 542 hp and 516 lb-ft of torque, which propel the DBX from 0 to 100 km/h in 4.5 seconds. Towing is rated at up to 6,000 lb, which should be enough to carry your DB5.

Many despise the fact that several traditional sports car manufacturers have opted to add SUVs to their lineup as they feel that this is against the core values of the brands. However, as mentioned, SUVs SELL, and sales translate into increased revenues, which allow for the funding and development of more exclusive sports cars by these brands. Just look at what Porsche did. They pioneered this segment. Also, keep in mind that Aston Martin isn’t the most financially stable compared to the other sports car manufactures. So, in the end, there’s a lot riding on the DBX, and this could very well be their saving grace.