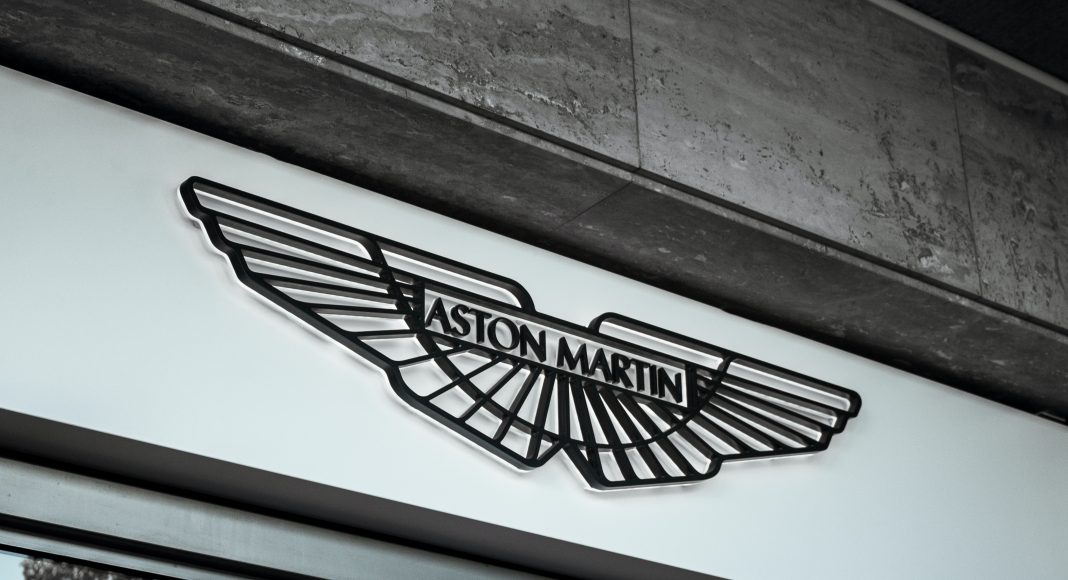 THE REBIRTH OF ASTON MARTIN

There’s no denying it, when someone says they drive an Aston Martin, there’s an immediate wow factor and prestige that radiates. The overall presence is undeniably beautiful and even a non-car enthusiast can differentiate it among the slew of Porsche’s and Italian thoroughbreds at the local country club. After recently spending some time behind the wheel of a DB11 and Vantage, which I’ll discuss in an upcoming article, there’s an overall seductiveness and naughtiness of driving an Aston compared to other brands. From its distinctive and curvaceous lines to its exhilarating exhaust note, Aston’s are extremely captivating that results in every driving giving the sensation that you are on a thrilling mission.

So you may be asking yourself, “okay John, we get it, Aston’s are sexy and you feel like a secret agent each time you drive it, but what’s the point of this article?” In short, I find that Aston’s are often overlooked among consumers looking to spend $200k + on a sports car. Sure they’re not the top performers within their given classes and let’s be honest, Aston’s have never been known for their reliability (a common stigma among all British cars), however, with the direction that the brand intends ongoing in the next few years, I truly believe in Aston Martin and I believe that they are on the brink of their rebirth. After all, the company has heritage and brand recognition that spans over one hundred years.

People often forget that Aston Martin has a racing DNA that has spanned for decades, most notably in the 1950s with their DBR1 that was driven by racing legends such as Carroll Shelby and Sir Stirling Moss. In 1959, the DBR1 was one of only three cars in the 1950s to win both the World Sports Car Championship and Le Mans 24 Hours in the same year (the others were the Ferrari 375 Plus in 1954 and the Ferrari 250TR in 1958). In addition, with a total of six World Sports Car Championship victories, this was a record for any car in the 1950s and remained a record until surpassed by the Ferrari 250TR. The three consecutive wins in 1959 at the Nürburgring, Le Mans and the Tourist Trophy equalled the record set by the Ferrari 250TR with its three consecutive victories at the start of the 1958 season.

As I made reference to prior, and unless you live under a rock, Britain’s most famous fictional spy, James Bond, has had a love affair with Aston Martin since 1964 where the brand made its film debut in ‘Goldfinger’ with the iconic DB5. From there, even though Bond had a fling with other carmakers such as Lotus and BMW, an Aston Martin would appear at least once in a total of 13 different James Bond movies (which includes the upcoming movie ‘No Time To Die’ that will feature a total of four different Aston’s). That means out of the 25 Bond movies, Aston Martin has appeared in 52% of the films, that’s quite astonishing if you ask me.

So fast forward a few decades, for those of you who don’t know, Aston Martin was owned by the Ford Motor Company from 1991-2007. From there they traded hands to a consortium where the company went into serious financial troubles as the cars were still sharing the majority of their tech and engines from Ford that were extremely outdated, and of course, unreliable. In an interesting turn of events, in 2013, Aston Martin signed a deal with Daimler AG where they would acquire 5% state in the brand which would result in Mercedes-AMG supplying the engines and electrical systems. As a result, Aston was able to produce the DB11 and new generation Vantage that saw a boost in sales that resulted in the company showing a profit for the first time in years. Sadly, shortly after that, the company was once again facing financial difficulties which leads to the present year 2020.

Canadian billionaire Lawrence Stroll, who was born and raised in Montreal, took this opportunity to acquire 25% of Aston Martin through his consortium that will infuse roughly CAD$500 Million into the company. This injection of funds comes just in time for the production of the company’s first-ever SUV, the DBX, which will allow Aston to compete in this highly popular segment and bring in a slew of new buyers to the brand – which they so desperately need. Also, the previous CEO of Aston Martin, Andy Palmer had recently stepped down and was replaced by former CEO of Mercedes-AMG, Tobias Moers. On top of all of this, for all of you racing fans, Aston Martin has been making strides in the F1 world over the last few years and we all know how much the Stroll family wants to dominate Formula 1. With the recent stake acquisition, Lawrence’s F1 Team ‘Racing Point’, where his son Lance is currently a driver, will be rebranded to Aston Martin Racing for the upcoming 2021 season.


So what does this all mean? Well with the restructuring of positions throughout the company, and most importantly, the fact that they are FINALLY receiving the funding they so desperately needed, this 100-year-old company is now going through what seems to be a true revival period. Besides the upcoming DBX, there are numerous new Aston’s in the pipeline, such as the Valhalla, a new generation Vanquish, and the most exciting being the upcoming, limited edition, Aston Valkyrie Hypercar that will be powered by a naturally aspirated Cosworth-built, 6.5 litre V12 that revs to an astonishing 11,100 rpm and produces a whopping a 1,160 HP – pure madness! The future’s looking brighter than ever for Aston Martin, and I can’t wait to see how it all unfolds.