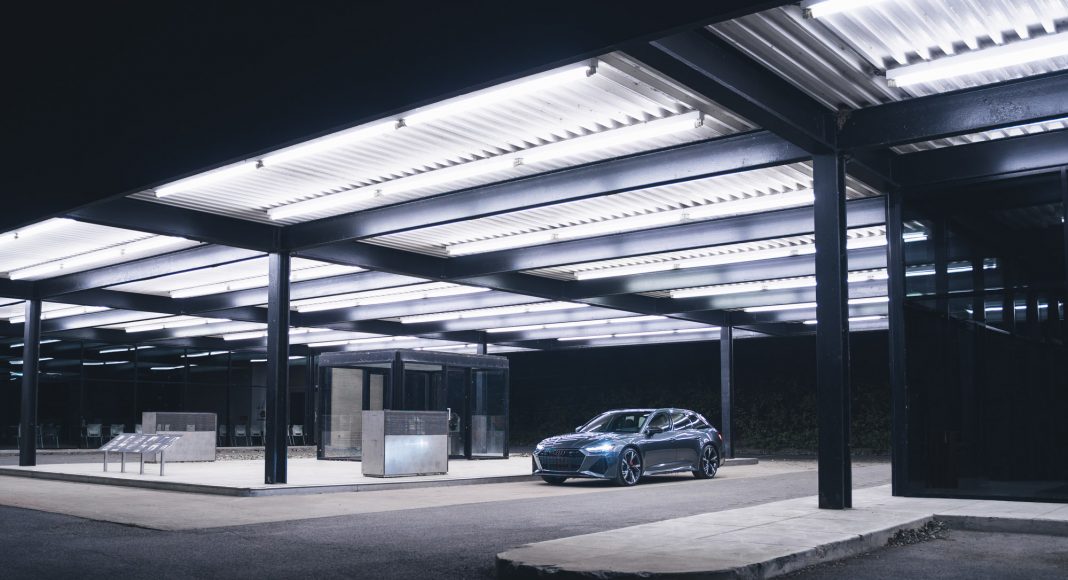 Article Journal 2021 AUDI RS 6 AVANT: The One We've All Been Waiting For

I don’t know about you, but I am personally a fan of wagons, particularly high-performance wagons. Though wagons are very popular in Europe, it’s no secret that North Americans prefer SUVs to haul their families and belongings. However, being an extremely niche segment, brands like Volvo and Mercedes have been catering to high-performance wagon consumers and enthusiasts for years which has given us all hope that other brands would follow, with Audi being at the very top of that list. Well, wagon lovers, after what has felt like an eternity, Audi has answered our hopes and prayers with the arrival of one of the most, if not, the most anticipated car of the year that is now available for the first time in Canada and the US. Say hello to the RS 6 Avant; I never thought this day would come.

I had the opportunity to spend 24 hours behind the wheel of the RS 6 and seeing it in front of me for the first time, it felt surreal and very much like a mirage; it shouldn’t be here, but it is. Wow. There was a lot of initial wow’s. Admiring its extremely aggressive design both front and rear that was fitted with the optional Carbon Optics package, wow. Looking at it from its side profile while parked on its 22″ inch RS Design Titanium wheels and massive brakes, wow. Opening the door and sitting in it for the first time, wow. Turning it on and hearing it growl, yes, another wow. I’m pretty sure I shed a slight tear. Okay enough with my emotions, focus here Rothman.

So how is it on the road? Well, the best way to describe it would be… HOLY F***! At the end of the day the RS 6 is no small vehicle, nor is it particularly light weighing in at 4,575 lbs, however, thanks to its twin-turbo V8 that produces a whopping 591 horsepower and 590 lb-ft of torque that allows the wagon to reach 100 km/h in only 3.6 seconds (some journalists have claimed 3.4 seconds), this thing can be an absolute riot on the road when it’s fully engaged in its RS2 drive setting. Big emphasis on CAN because when you’re just cruising at average speeds in its softest driving settings, it’s extremely comfortable making it truly the best of both worlds. Let’s not forget, this is a wagon at the end of the day. Also interesting to note is the fact that the RS 6 comes standard with a 48V mild-hybrid system that improves efficiency by switching off the engine when the driver lifts off the throttle. As a result, Audi claims fuel savings of up to 0.8 litres per 100 km; neat though I think it’s more of a gimmick than anything.

Inside the RS 6, the driver and passengers immediately get submersed with plenty of Nappa leather and Alcantara throughout, both front and rear. In typical Audi Sport fashion, there is just the right amount of RS badges inside to remind you that you are not in a normal Audi, and the honeycomb stitching adds to the overall sportiness and sophistication of the cabin. Just like the SQ7 I drove a few months back, the RS 6 comes fitted with Audi’s intuitive new dual touchscreen MMI system, as well as Audi’s customizable virtual cockpit digital instrument cluster. This particular RS 6 was fitted with Audi’s optional Driver Assistant package that includes a host of safety features such as active lane and cruise assist, turn assist, and emergency assist just to name a few. Personally, my favourite aspect of the RS 6’s interior is the fact that when you engage the 360 camera there is a RS 6 that appears on the screen. If you are not aware, oftentimes, manufacturers will show a lower-end model of the model range as opposed to the actual model you are in which is one of my biggest pet peeves. Well done Audi for the attention to detail on that. Rear occupants have plenty of head and legroom, as well as their own climate controls and charging ports for their mobile devices. Trunk space is abundant with up to 1670 L available when the rear seats are folded down.

Though I only spent a short amount of time with the RS 6, it proved to be everything I was expecting and more. With a base price of $120,400, I find this super wagon to be of tremendous value and a suitable daily driver alternative for anyone who is looking to transition out of a performance SUV. I still find it surreal that it’s here, and I was not the only one that felt that way as I received plenty of thumbs-ups and awe-inspiring stares from people of all ages as I drove by. Thank you, Audi. Now let’s hope that the RS 4 Avant makes its way over to our shores next…