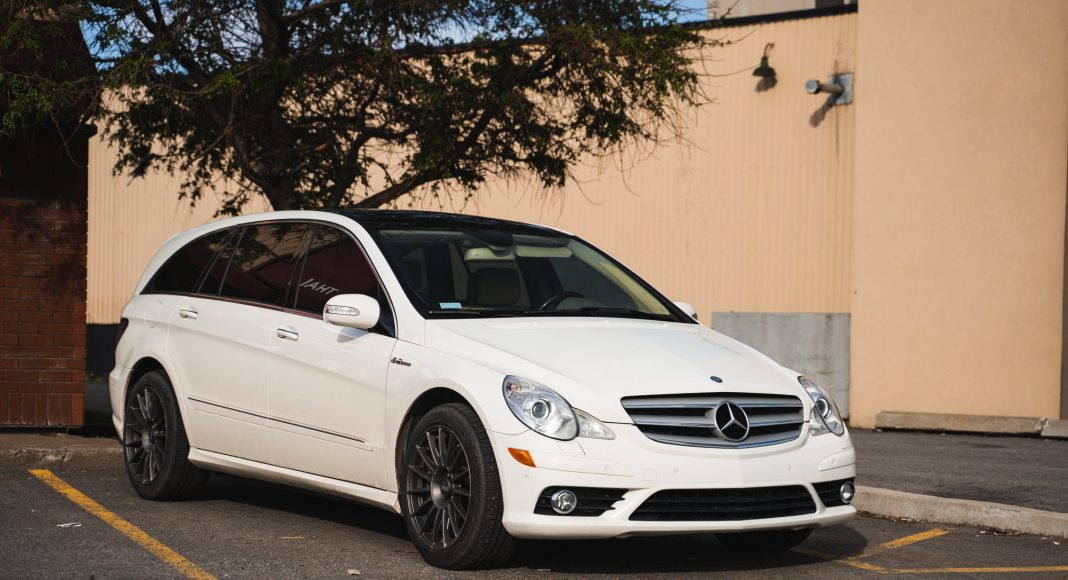 Article Journal MY DREAM CAR IS A FACTORY 503-HP MINIVAN

MY DREAM CAR IS A FACTORY 503-HP MINIVAN

When asked what their dream car is, most people will answer with either an incredibly expensive hypercar, a JDM icon, an older European with flared arches or a good ol’ bald eagle-powered muscle car. It’s rare that someone’s dream car is actually an obtainable one, that’s why petrolheads usually have two, an obtainable dream car, and one that will most likely stay a dream. Luckily for me, my only actual dream car is a $30,000 USD minivan.

Before throwing rocks at me, hear me out, because it’s not any ordinary minivan. Introduced by Mercedes-Benz as a 2006 model in 2005, the R-Class was conceived to cash in on the success of the smaller A-Class and B-Class hatchbacks. Unfortunately, the R-Class ended up being not as successful as Mercedes-Benz had hoped and they discontinued it in every market, besides China, in 2012. Despite a pretty sad existence, something very special happened to it for the 2007 model year in the form of three letters: AMG.

And now, it’s time to introduce my dream car, the 2007 Mercedes-Benz R63 AMG, one of the rarest AMGs ever made. Only sold for one year, the R63 AMG was a pretty insane concept when you think about it, so insane that I don’t remember seeing another car brand trying the same recipe. Said recipe consisted of taking a 6-seater minivan, giving it a 507 hp 6.2-litre V8 with AWD, and big brakes that resulted in the vehicle’s list price being over $100,000 CAD. This, and the questionable looks, caused the R63 AMG to become a rarity from day one. No one really knows how many Mercedes sold, but it’s believed to be around 200 cars, which is incredibly low for a production car, especially for a minivan. Most people never even heard of it (which didn’t stop someone local to create a fake one), and yet it is so incredibly cool. Despite being quite heavy (over 5000 lbs), it was no slouch! Thanks to the massive V8, and AWD, the R63 was able to go from 0 to 100 km/h in 5 seconds flat.

So, what’s not to like? Sure it looks weird, but you get everything you need: luxury, power, practicality, and exclusivity. Do you want more power? Lucky for you, pretty much all of the 6.2 AMG aftermarket stuff can fit under the hood of your unicorn grocery getter. Despite being extremely rare, it seems like there’s always one on Bring a Trailer, where they sell for around 30,000 USD. I’m willing to bet that the prices will only continue to rise, and they will definitely be future collectibles. One day, I will have one. For the moment, enjoy the photos of the R63 AMG that I spotted in Montreal this past summer… I’m still shaking till this day.