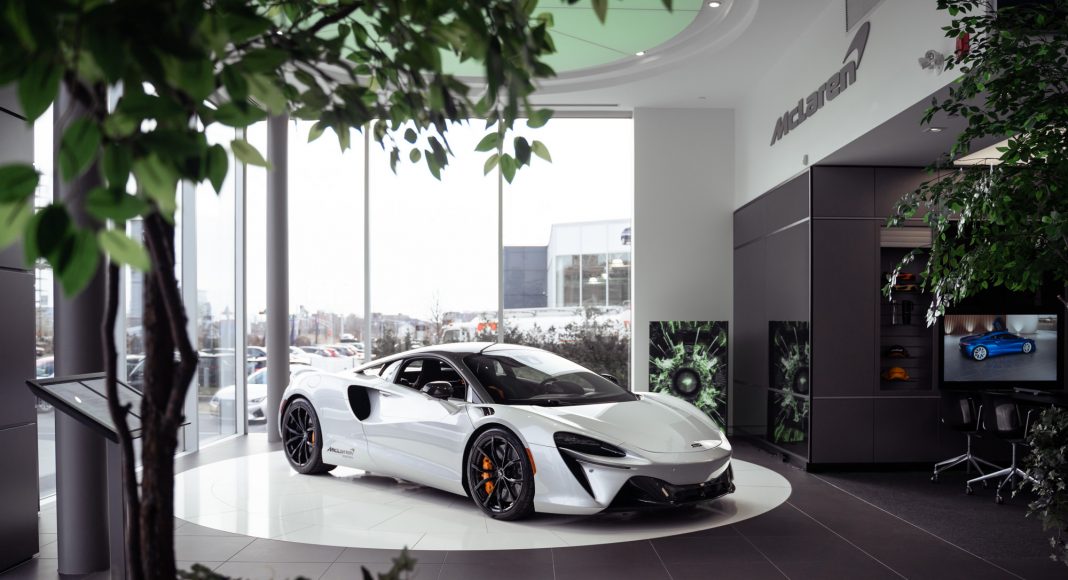 Earlier this week, our friends over at McLaren Montreal had the brand’s latest model in their showroom, the first-ever Artura. Serving as the replacement for the 540C / 570S, this new supercar is in fact a plug-in hybrid and is equipped with a 3.0L V6 that has a combined output of 671 hp and 531 lb-ft of torque that will allow it to reach 100 km/h in 3.0 seconds flat.

In typical McLaren fashion, the Artura’s design is familiar to those that we have seen throughout the years, yet it is slightly more streamlined and minimalistic; evolutionary rather than revolutionary. For all your McLaren fans out there, you will notice that the rear of the Artura is nearly identical to the one found on the Elva that was unveiled at the end of 2019. Inside, the interior also carries the minimalism from the exterior with subtle changes and upgrades from the last generation of McLarens.

As this particular model was simply a show car, we, unfortunately, were not able to experience all its new tech first hand, nor were we able to hear how it sounds. Fortunately, McLaren Montreal has already been taking orders for the Artura and the first customer deliveries are estimated to arrive in late July of this year. What are your first impressions of the Artura?