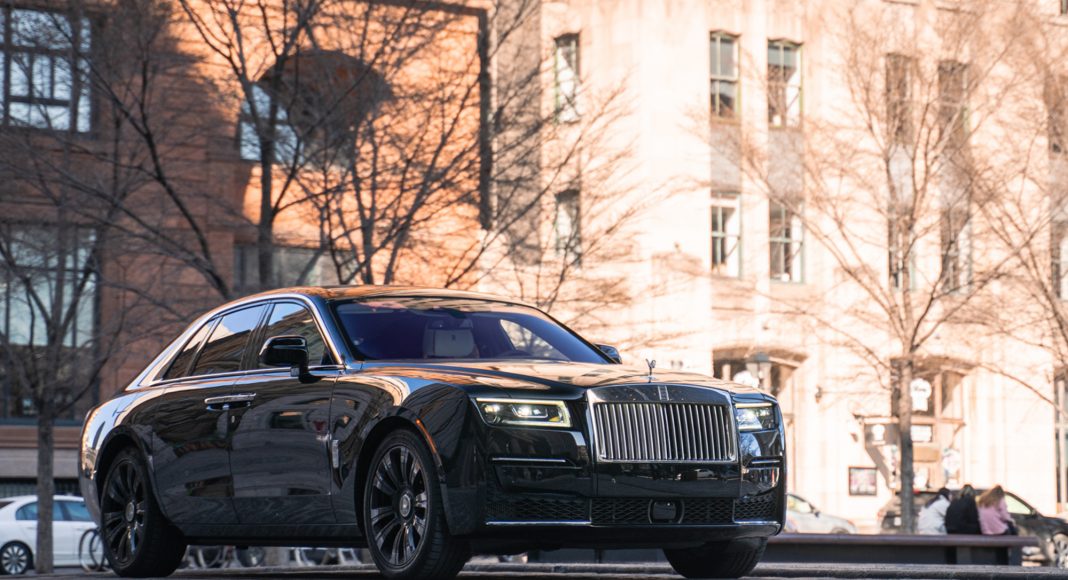 Whether you are an automotive enthusiast or not, everyone and their mother knows that Rolls-Royce is synonymous with being the leader in constructing luxury vehicles for the world’s elite. From the engineering that goes into each model of the range to the bespoke finishings both inside and out, Rolls-Royce is truly second to none. Of all the models in the range, there is one particular model that has proven to be the company’s biggest success and has quite literally stood the test of time (the brand has used the nameplate since 1906); enter the world of Ghost. Now in its second generation, the 2021 Ghost has been completely overhauled from head to toe and my friends over at Rolls-Royce Motors Cars Quebec allowed me to spend an entire day with it.

Before I proceed, I will mention that this was my first time behind the wheel of a Rolls-Royce, and based on everything I had read and heard about the new Ghost, my expectations were extremely high; I can proudly say that they were beyond surpassed. Let’s start with the exterior. The Ghost I had access to was finished in black complete with matching 21” 10 Spoke Part Polished Shadow Wheels. Talk about making a statement. Its overall proportions? This particular vehicle was the standard wheelbase version that measured 218.3 inches in length. Imposing without a doubt, however, should rear occupants require extra legroom, there is also an extended wheelbase version available that is actually 6.7 inches longer than the standard wheelbase.

Despite its size, navigating through the pothole-infused streets of Montreal proved to be a surreal experience. As the platform of the new Ghost platform is no longer shared with the BMW 7 Series, the engineers took this opportunity to develop an entirely new suspension system named ‘Planar’. The system uses a damper unit, added to the pre-existing upper wishbone of the suspension which removes the high-frequency vibrations that would normally be sent through the upper wishbone. Combined with Rolls-Royce’s “Flagbearer” system that scans the road ahead and adapts the suspension accordingly and the fact that this is the first time the Ghost comes standard with All-Wheel Drive and All-Wheel Steering, the vehicle felt light, every maneuver was effortless and felt like I was driving on a cloud. Also, despite weighing in at 5,490 lbs, its 6.75 litre twin-turbo V12 that produces 563 hp and 627 lb-ft of torque, is able to propel the Ghost from 0 to 100 km/h in 4.8 seconds.

Inside the cabin is where the Ghost truly shines, literally. The most notable feature is found above with Rolls-Royce’s signature Starlight headliner that incorporates pinhole-sized LEDs to give occupants the impression that they are immersed in a starry night. What’s more, there’s now an option to add a shooting star that appears roughly every four minutes. As this is a bespoke option, the headliner can be customized to your desired consolation. The whimsical light show doesn’t stop at the headliner. Available as an option on the Ghost is the company’s new Illuminated Fascia on the passenger side of the dashboard that’s surrounded by more than 850 stars. To create this visual, Rolls-Royce installs 152 LEDs and places over 90,000 laser-etched dots across the surface of the fascia. In typical Rolls-Royce fashion, the seats are on a whole other level of comfort, the rear cushions will quite literally put you to sleep and the Rolls-Royce Bespoke audio is simply sublime. The whole cabin screams (in this case, whispers) serenity, and I simply can’t get over how the engineers managed to make it so quiet. I can literally go on for hours about my experience inside the Ghost, but I’ll let you watch my video review to see more.

With a base price of $402,172, with all the options present on the Ghost I had the opportunity to experience, the total price came in at a whopping $518,513. Yes, that may seem excessive, however, when the world’s one percent require the utmost in luxury transportation, this amount is simply pocket change. Whether you are behind the wheel, or fortunate enough to be a passenger, the second-generation Rolls-Royce Ghost is the definition of post-opulence.