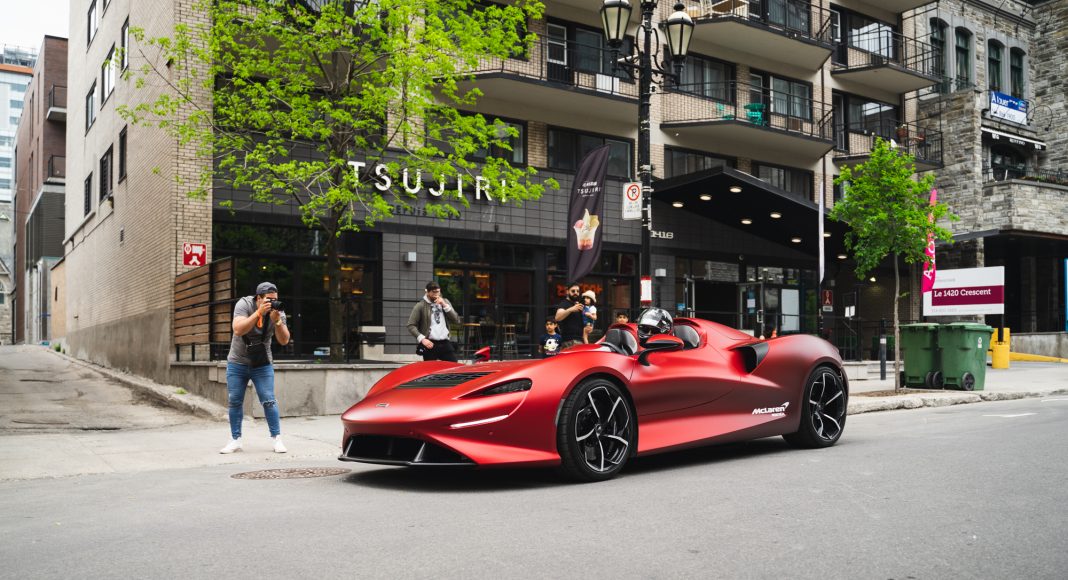 Wednesdays are not known to be the best days for car spotting but this past Wednesday was quite special when it comes to rare car sighting. The team at McLaren Montreal decided to drive their $2 Million Elva press car to downtown Montreal—no trailer queens here.

For those of you who don’t know, the Elva is part of the McLaren Ultimate Series along with the F1, P1, Senna, and Speedtail, which makes it a very special car. Its design is inspired by the open-top race cars designed by Bruce McLaren in the 1960s. Powering the Elva is an 804 hp twin-turbocharged V8 which sends this track toy to 100 km/h in 3 seconds, don’t forget your helmet! If you wanted to get your hands on one, it might be too late since only 249 units will be made.

Even though this is a press car and it will leave the city shortly, there are rumors that Quebec will be getting at least one Elva, so be sure to follow us for photos when it gets spotted for the first time!

https://www.youtube.com/watch?v=TvnoEkSotE0 It may be hard to believe, but many people seem to forget...
Read more
Journal

https://youtu.be/nmUQNWy-CKA Since its debut in 1998, the Cadillac Escalade has truly become a...
Read more