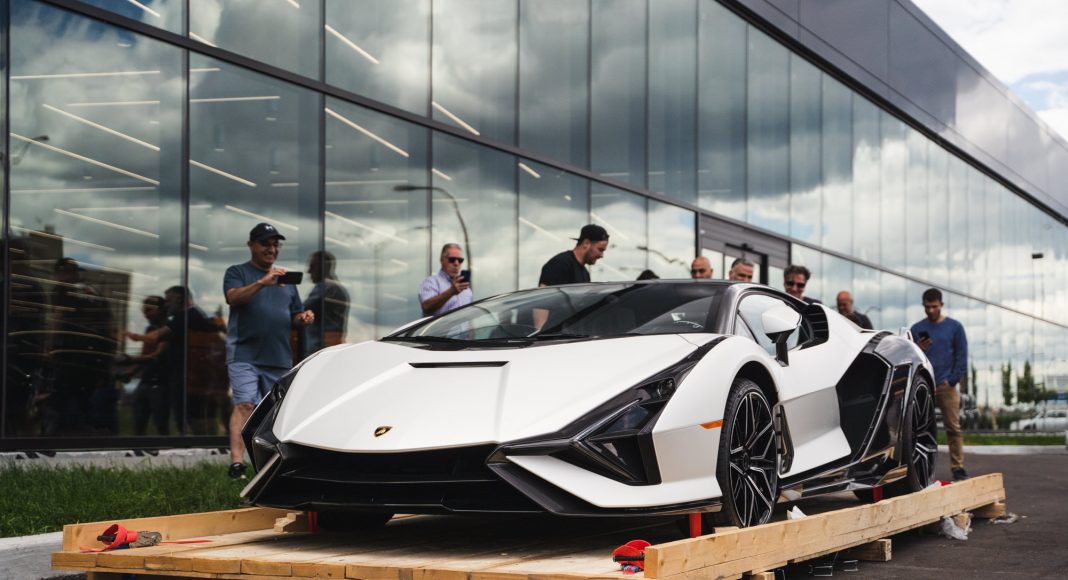 Unfortunately, the McLaren Elva we featured in a previous article was only a press car, and left the province before I even had the chance to post the article, but—hopefully—the car featured today will stay around for quite some time.

Today, I present you with a car that’s quite similar to the Elva in the sense that it’s a very special car based on another very special car. Limited to 63 units in the world, say hello to Québec’s first, and probably only, Lamborghini Sián FKP 37, the first-ever production hybrid Lamborghini.

You read that right, only 63 units of the Sián coupe will be made, and one fortunate individual in Montréal got his hands on one. It was my first time being present for such a delivery; pretty crazy to see a $3M+ car being driven out of a wooden crate! Compared to some other Sián’s you might have seen online, this car has a very low-key spec with most of the car being painted in what I believe to be Bianco Canopus, which is Lamborghini’s matte white.

The Sián features a slightly modified version of the V12 you can find in the Aventador SVJ and adds an electric motor integrated into the gearbox, which together develops 807 hp. As mentioned earlier, this is the first-ever production hybrid Lamborghini, some of you might remember the Asterion, a plug-in hybrid concept car.

The Sián FKP 37 was also available as a Roadster, I say “was” because all of the build slots, 19 to be exact, were allocated a long time ago. Its design is splitting opinion, but I think it’s a pretty cool-looking car and I can’t wait to see other ones either here or across the border.